We hold ourselves to a higher code

It’s been more than two years since the Food Blog Code of Ethics made its debut on the Internet. Our little manifesto–a written record of two people standing up for a basic set of principles in food blogging–was read by thousands in just hours and millions by the end of our first month of posting it.

We were some of the first food bloggers to suggest that we hold ourselves to a code of “journalistic” ethics. Our call for responsible online publishing hit a nerve. While many praised our declaration of a code, others openly reviled us for our lengthy manifesto that encouraged applying traditional journalism’s ethical principles to the wily world of online food writing.  We were called fascists, dictators, and gutsy visionaries.

After spending much time responding to debate and comment, we decided to leave our manifesto to speak for itself. We saw our statement of fundamental principles as something that’s unchanging, and did not necessitate constant updates every couple of days.

It is important, however, to stay current. So for that reason, we believe it’s time to make a few adjustments to our manifesto.

1. We added “commenters” to our manifesto because, like bloggers and websites, people who write comments publish their opinions and should be aware that they are accountable for their actions. And based on the rapid increase of hateful and threatening comments on the internet, we think it’s important that even the anonymous individuals who sling abuse realize that they will be held accountable for their threats by organizations far more powerful than ethically minded individuals. 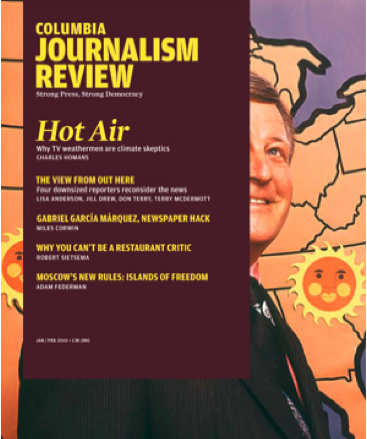 It’s been nine months since we–Leah Greenstein, and Brooke Burton–created Food Ethics and our controversial Food Blog Code of Ethics. In those months, much has happened here in the world of online food writing and criticism. The Federal Trade Commission has made it punishable by law for big (and little) companies to give money and gifts to bloggers without being transparent about it. One blog offers badges to denote a commitment to honesty and integrity. Blogs that once skirted the issue of freebies and comps, now openly state their affiliations, biases, and disclose freebies.

When we first decided to write our statement of purpose nine months ago—for the sake of being clear on what we stood for in online writing—the topic of ethics in the blogosphere was something that was whispered between online writers. Many had opinions, but few were willing to publish their thoughts on the matter. So, when we decided it was time we write out our five-point manifesto on food blog ethics, our words and point of view caused a lot of controversy. We were shocked at how many people got engaged (and enraged) and suddenly everyone was talking about ethics. In a time when most people were interested in new iPhone apps and the birth of Twitter, we were ecstatic that we were surrounded by people arguing about philosophy. Getting people to think about the effect of their words before they hit PUBLISH was our goal.

So it was with great pleasure that we discovered Food Ethics was mentioned by Robert Seitsema, the author and food critic for the Village Voice in his comprehensive Columbia Journalism Review article, “Everyone Eats…But that doesn’t make you a restaurant critic”. In it, he masterfully charts the history of restaurant reviewing in the United States since the 1970’s and the effect of a handful of people on food writing.

END_OF_DOCUMENT_TOKEN_TO_BE_REPLACED

Federal Trade Commission and the Food Blog Code of Ethics

A lot has happened since we launched the Food Blog Code of Ethics. Discussions about blogging ethics have sprung up across the Internet, prompting bloggers of all stripes to voice their opinions. Some claimed the blogosphere was the Wild West and thrived on lawlessness, others suggested a need for regulations.

Blogging Gets Its Hand Slapped

But the biggest change came in October 2009, when the Federal Trade Commission decided it was time to update its rules regarding endorsements and testimonials, a document written long before online content existed, let alone required regulation. With print magazines and newspapers failing left and right and untraditional marketing opportunities springing up on blogs and in social media, the Federal Trade Commission realized it was time to create clear guidelines for businesses looking to establish relationships with online publishers.

“Endorsements in print ads or on television are clear, because it is obviously the company’s advertisement,’’ says Mary Engle, the FTC’s associate director of consumer protection. “It became very clear to us when we began our regular periodic review of guides in 2007 that because of all the social media going on we’d need to update them.’’

According to the FTC’s updated stance: bloggers, Twitterers and other online reviewers are now required to disclose their “material connection” with corporate sponsors or advertisers.  As of December 1, 2009, businesses are now legally required to disclose gifts or payments to bloggers and other online writers, to subsidize posts dedicated to their product(s). The FTC also updated its endorsement and testimonial rules, now holding celebrity endorsers liable for false statements about a product. Each infringement of these rules will cost the guilty party (i.e. the business) $11,000.

END_OF_DOCUMENT_TOKEN_TO_BE_REPLACED

We’ve been trying hard to get to the bottom of the complicated issue of handling photos, other than your own, in the blogosphere. Fortunately, a professor of law at Case Western, Ms. Jacqueline Lipton, PhD, was kind enough to weigh in. Her comments are below, and we’ve amended The Code, to reflect this issue with a simple: We will respect copyright on photos (with a reference to these same notes).

In response to your query, generally it’s wise to always seek permission from the copyright holder if the image in question doesn’t have a license attached describing permissible uses (eg a Creative Commons type license).

Of course, depending on the type of use being made, the reproduction of a photograph without permission could be a “fair use” under the copyright law, particularly if no commercial use is being made of it and it is not interfering with a market for the photograph – which may well be the case on many blogs.  Thus, the otherwise potentially infringing use could be excused under the fair use doctrine.

Wow. What an incredible 48 hours. Thank you to the thousands of people that visited our fledgling blog (it was born just days ago!) and weighed in on the topic of what is or isn’t ethical in the world of food blogging.

We live in exciting, dynamic times. Print media—newspapers and magazines—are struggling to hold on in an environment where the immediacy and accessibility of the web has broad appeal. This is particularly true in the world of food writing.

Professional journalists, amateur food writers and gastro-diarists alike have embraced the blog as an effective, informal format to reach hungry readers or, simply, to share their experiences. What makes food blogging so exciting is that it makes it just as possible that a reader could enjoy the gustatory musings of a mom in the mid-west as the hard reporting of a writer on the city food beat. The web is like a great big dinner party and everyone is invited.

END_OF_DOCUMENT_TOKEN_TO_BE_REPLACED

Beyond The Code we believe there should be guidelines for maintaining consistent standards and fair practices in food blogging.

We believe it is important for the reputation of food blogs that we hold ourselves to higher standards of conduct when reviewing the culinary media, food industry and its products.

2. We will be fair when reviewing a restaurant

In order to form a more perfect union of food bloggers, we offer this five point code of ethics. We encourage dialogue, participation and insights from other concerned bloggers.

1. We will be accountable

3. We will reveal bias

4. We will disclose gifts, comps and samples

Why have a code?

As the blogging world expands exponentially, more and more people in the culinary world believe that food bloggers—as a group—are unfair, highly critical, untrained and power hungry individuals empowered by anonymity. As writers, trained journalists and food bloggers, we feel it is unfair to be labeled something we aren’t. By creating a food blogger code of ethics, we hope to elevate our craft and draw attention to the food bloggers who hold themselves to higher standards.

Why should I subscribe to the ideas of The Code?

We believe you should be able to write about your experiences as you wish. We know everyone’s truth is different and we thoroughly appreciate the diversity of opinions within the food blogging realm. We are not against free speech. We do not believe in censoring. We do, however, believe in civility, honesty and truth.

We strive to make our blogs stand out from the rest through our writing and story telling. We created The Code because we felt it was important to define what our ethical standards were and clearly state them so that we could hold ourselves to those standards.  The Code is not meant to be a mandatory thing for everyone in the blogosphere. This is our way to define what our standards are.

We are proud to be bloggers and hope to give the blogging community a better reputation. We wrote this because we were concerned that food bloggers were being unfairly judged as hacks, which the majority of us are not – with or without journalism degrees. And that by creating a code of conduct should give us MORE freedom to be honest, not less.

The Food Blog Code of Ethics was written collaboratively by  Brooke Burton and Leah Greenstein. We are also food writers and the people behind the food blogs SpicySaltySweet.com and FoodWoolf.com.If you believe its important to hold your food blog to a higher code and want to be listed here as someone that follows these guidelines, please contact us at foodblogethics at gmail.